It Won't Turn Out for the Best

It Won’t Turn Out for the Best

We are optimistic about lots of things –our innovation, our economy, the pandemic and even our own, personal futures. Norman Vincent Peale caused a revolution of optimism with his 1952 blockbuster The Power of Positive Thinking –emphatic that thinking optimistically would bring about good outcomes.

No time to read? Click for a quick, 3 minute video.

We do the same thing in our lives and organizations. Business leaders create strategies that they believe will pan out as expected. When team members voice caution, they are met with accusations of being insufficiently positive. Bad news or anxiety is often met with the cliché, “It will all work out for the best”.

That cliché is bad advice. While it will turn out, it may not be for the best. Our thoughts about the future don’t alter it; rather, it is our actions – coupled to a big dose of luck – that dictate outcomes. On January 2nd, 2020, most people believed that a rollicking economy would continue unimpeded. But, as we all now know, the pandemic upended that expectation. For those who had made consequential decisions about their future strategy, family, or business while assuming all would remain the same, the change in circumstances likely caused enormous hardship.

Humans of all cultures have an unconscious optimism bias. We buy lottery tickets believing we have more than an astronomically small chance of winning. We also underestimate our likelihood of getting cancer. More staggering, we do this even immediately after having been told that 40% of all Americans will have a cancer diagnosis during their lives. Our brains translate that stark reality into a belief that while it may be true in general, it won’t happen to me. Some researchers, including Tali Sharot, believe the bias is innate in our brain’s structure. Whether or not it’s structural, it is definitely innate.

Optimism has benefits. People who are optimistic tend to feel better when things go badly than do those with a pessimistic outlook. That good feeling is not inert. It grants a psychological edge that provides its own kind of resiliency.  It makes us more likely to try again at an invention — and embark on a new love after a broken heart.  But there are good reasons to balance our tendency to see the future as rosy with a serious dose of pessimism. 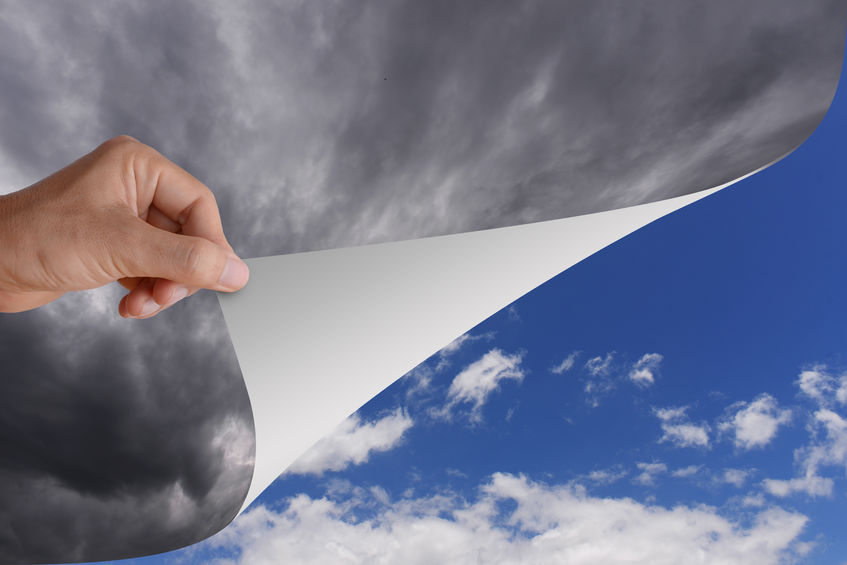 When you are crafting a business scenario, you don’t want only to imagine that everything goes according to plan. Why? Because it won’t. Nonetheless, when I speak to new business owners, or leadership teams assessing strategy, there is little consideration given to potential pitfalls. The confidence and optimism of the team about its own ideas overshadows cautious realism. Imagining counter-factual futures (i.e., plans that don’t go as expected) would harden the plan against problems.

That’s important because there will be unforeseen problems: Some of those could include upstart competitors, toxic employees, supply chain shortages, power outages, buggy software, lack of capital or a pandemic. Anticipating potential obstacles is critical to developing a realistic and actionable plan.

In her book The Positive Power of Negative Thinking, Julie K. Norem coins the term Defensive Pessimism. She started out simply to describe a psychological trick that people use to quell their anxiety. For example, an excellent high school student imagines failing an exam, and uses that image to propel her studying and ultimately ace the test. We can harness the approach for analytic use in business as well — to be more successful at building resiliency and back-up plans.

When my team does scenario planning with our strategy clients, we always employ a pre-mortem. As you know, a post-mortem is an examination of a body after it has died. A pre-mortem has the same purpose, except it is performed prior to death. It is a way of stress-testing a plan. To do it, you must imagine that you are in the future and the plan has been an abject disaster. Now you ask yourself and your colleagues “what went wrong?” This is more effective than trying to imagine what could go wrong, because our optimism bias will lead us to overlook lots of potential pitfalls.

To undergird the pre-mortem with even more pessimism, we break leadership teams into groups and pit them against each other, one side providing the obstacles and the other providing the tactics to overcome those problems. Using their own competitive instinct, the teams develop more imaginative problems – and devise ever more ingenious countermeasures.

We should expect even the most static parts of our S.W.O.T. analysis to shift. In the 1980s and again, in 2008, investors stopped believing in uncertainty. That “irrational exuberance” led markets to rise as though the future was fixed in stone. Investors assumed that tech stocks – and later, real estate – were impervious to downturns. They were wrong.

It is critical that you, as a leader, never assume the future will go as expected. Uncertainty is the one thing of which you can be absolutely certain.

Just as you would diversify your portfolio, stratify your organizational investments. Don’t rely on one product, one client, or one great employee. Build redundancy in your systems, cross-train your team and widen your marketing net.

In countering irrational exuberance, or general over-optimistic tendencies, we need to cultivate our inner skeptic. Have a vacation back-up plan in case the weather isn’t beach-friendly, the flights are late, or the hotel gets infested with bed bugs. If you simply must play blackjack, take only the money with you that you are willing to lose –and assume you will lose it. That way, you can have fun, but forgo the rueful experience of losing more than you can afford.

Most importantly, in both your long-term planning and your day-to-day operations, examine lots of possible ways that your plans can fail. Assume some of them will happen and plan accordingly. Build reserves, redundancy and create significant optionality. Your reduced anxiety could be reward enough. But there is more upside than that. Whether a pandemic or a change in consumer behavior crops up, you will have built the resilience to endure it.

Sign-up to get the latest news straight to your inbox.
Give it a try, you can unsubscribe anytime.